Leguminous crops have a unique capacity to fix nitrogen from the atmosphere (biological nitrogen). This is why growing of leguminous crops is not only ecological but also economically more profitable then growing of other crops because there is no need to use expensive and environmentally unfriendly chemical fertilizers.

Leguminous crops have a unique capacity to fix nitrogen from the atmosphere (biological nitrogen). This is why growing of leguminous crops is not only ecological but also economically more profitable then growing of other crops because there is no need to use expensive and environmentally unfriendly chemical fertilizers.

Fixing of atmospheric nitrogen by leguminous crops is a unique biological process programmed by nature itself. It is made possible thanks to the symbiotic interaction between Rhizobia or as they are called – nodule bacteria and legumes. Nitrogen-fixing nodules on soybean plants, for example, are able to fix per one season up to 250 kg / ha of nitrogen from the air per one season and convert it into ammonia nitrogen available to plants. Such fixation can provide a high yield per hectare as well as high protein levels without use of expensive and environmentally hazardous mineral nitrogen fertilisers.

Rhizobacteria exist only in soils with previously grown legumes, but they are less effective than specially bred strains contained in high concentrations in bacterial products (inoculants). Legumes alone can only use between 10-30% of their nitrogen-fixing potential but specially selected strains of nodule bacteria may increase their consumption of biological nitrogen up to 60%.

The process of applying or “vaccination” of legume seeds with specific types of Rhizobium are called inoculation.

Rhizobium – a bacterium that lives in the soil and interact with a legume root system, forming colonies in the root nodules. Root nodules fix nitrogen from the atmosphere (79% of the air we breathe consists of nitrogen), and transmit it to the host plant, transforming it from N2 → NH4 – form which can be easily consumed by plants.

Bacteria and leguminous plants enter into a symbiotic relationship, in which the bacteria obtain sugars from plant providing a host plant with atmospheric nitrogen in return.

What are the benefits of inoculation

Reflecting on what kind of inoculant to choose the farmer should above all pay attention to the reputation of the manufacturer, and (in our country it is also important) the reputation of the seller (distributor). In addition, it should be kept in mind that bacteria are living organisms, the fresher the product, the greater its effectiveness. Inoculants are effective only when the amount of living micro-organisms is not less than 1 000 000 per seed, and only then there will be optimal nodulation. The use of high quality inoculants will result in yield benefits from 100 to 500 kg / ha compared with not inoculated control.

Today you can buy high quality sterile peat-based or liquid inoculants with a high titer of bacteria per g / ml in Ukraine. They contain stabilisers (biopritectors or extenders) which improve survival of bacteria on seed. Thanks to these stabilisers not only shelf life of the product can be increased but also simultaneous treatment of seeds with chemicals can be possible.

Treating and inoculating your seeds you should use only quality chemicals and sterile high concentration inoculants because the money spent on cheap and poor quality products is like a proverbial talent: vain are buried in the ground.

Your hryvnia properly invested in premium high-quality products not only returns but will surely bring considerable profits. 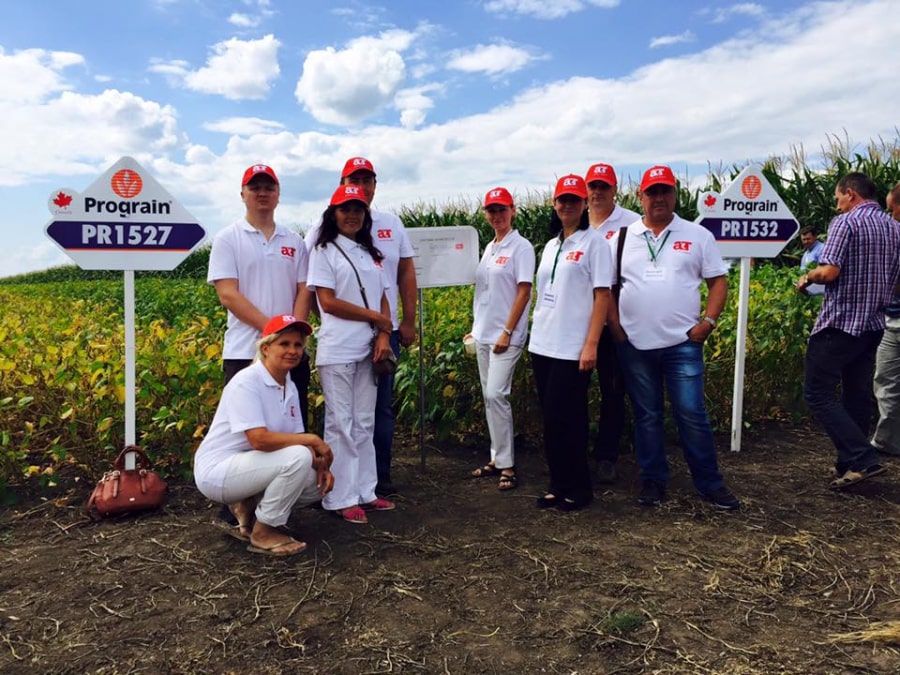 A Field Day of a well-known in Globyno, Poltava region as well as all over Ukraine agri-firm «Rost-Agro» gathered distributors of Plant Protection Products, seeds and field machinery from all over the world. … 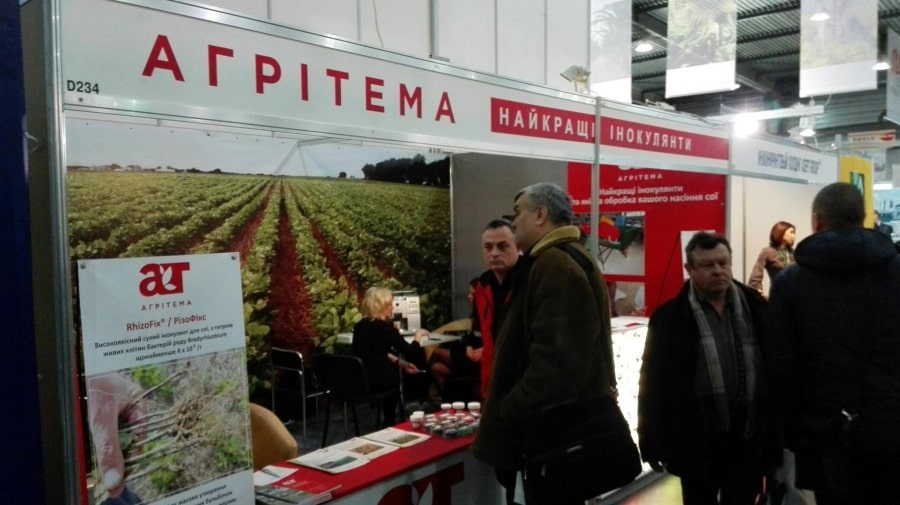